Transcranial magnetic stimulation (TMS), since its introduction in 1985, has been studied for its efficacy in different psychiatric disorders. It has been touted to be an effective treatment modality for major depression, obsessive compulsive disorder, Tourette syndrome, and in reducing auditory hallucinations in patients with schizophrenia. In this article, the authors outline the research and evidence toward the efficacy of TMS in psychiatry.

ANTI-DEPRESSANTS VS TMS, SIDE EFFECT COMPARISION 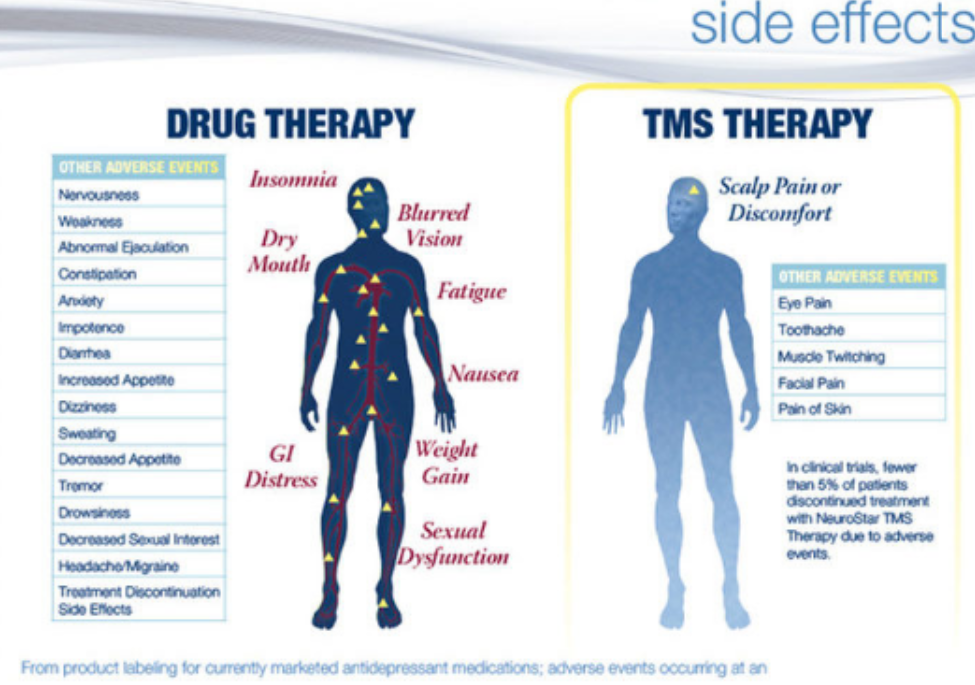